While most people are familiar with the fact that smog is caused by severe air pollution, few know that the weather can also be at fault thanks to a phenomenon called “temperature inversion”. Read on to find out more.

To start off, smog is defined as widespread air pollution that reduces visibility. The term “smog” is a combination of two words: “smoke” and “fog”, which are meant to describe its appearance. Originally, what is now known as sulphurous smog was common in industrial areas as it came from the sulphur oxides released by burning fossil fuels such as coal.

Today, photochemical smog, also called ground-level ozone or summer smog, is much more common. It predominantly occurs in urban areas, as the nitrogen oxides necessary for its creation come from car exhaust. In the presence of sunlight and heat, nitrogen oxides and volatile organic compounds undergo what’s called a photochemical reaction to form smog. The result is a light brown colouration of the atmosphere causing reduced visibility, vegetation damage, and respiratory distress. 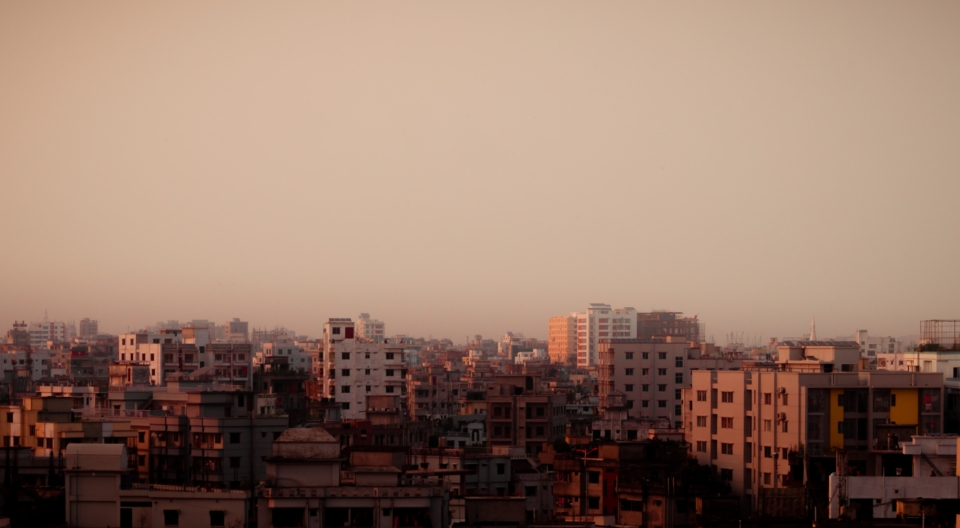 Then there’s winter smog, which is caused by temperature inversion due to the cold season.

What is a temperature inversion?

Usually, the higher the altitude, the lower the temperature of the air. Temperature inversion is a meteorological phenomenon that develops when cool air is trapped at the ground under a layer of warm air.

There are four types of temperature inversions:

How do temperature inversions exacerbate smog?

The warmer air in a temperature inversion acts as a lid, trapping pollutants near the ground and making them unable to disperse until the weather changes. As a result, the compounds end up reacting with each other to form other pollutants such as ground-level ozone, thus posing a serious risk to human health.

Temperature inversions are more common during the winter in the northern hemisphere due to high pressure, clear skies, and long nights, which allow heat to dissipate easily from the ground. This leads to a phenomenon called winter smog, which is further exacerbated by homes burning wood and coal for warmth.

Knowing the air quality where you live has become more important than ever. At Breeze Technologies, our Citizen Portal provides real-time, hyperlocal information so that you can take the necessary steps in keeping you and your family safe and healthy. Visit us here if you’d like to know more about our solutions.

How monitoring and managing office air quality protects your co-workers from...
Scroll to top
Loading Comments...