A dust cloud from the Sahara desert has been occupying the media in Germany and the rest of Europe for over a week. To find out more, the environmental scientists at Breeze Technologies took a closer look at the readings from our air quality sensors for you. 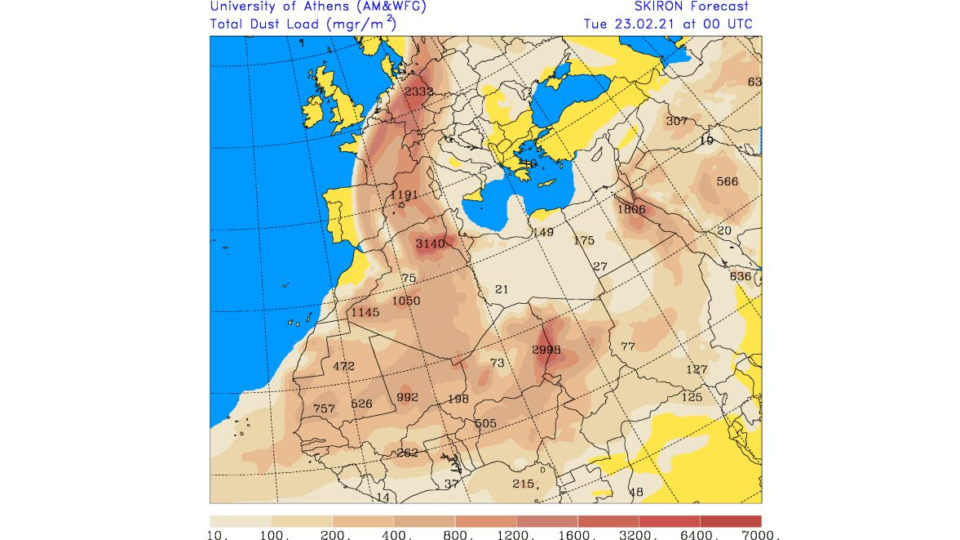 “Across Europe we are seeing significantly higher levels of particulate matter,” says Haris Sefo, Head of Science at Breeze Technologies. “The fine dust concentrations are in some cases over a hundred times higher than normal.” Even compared to special emissions events such as the New Year’s Eve fireworks, the fine dust concentrations are significantly higher (see graphic below). But: “The Saharan fine dust is likely to be less dangerous than that caused by New Year’s Eve fireworks or by combustion engines. On the one hand, the particles are on average larger and thus can travel less deep into our body, and on the other hand, the Saharan fine dust comes from minerals – that is sand – and is therefore less prone to attack our mucous membranes and to contain carcinogenic substances.” 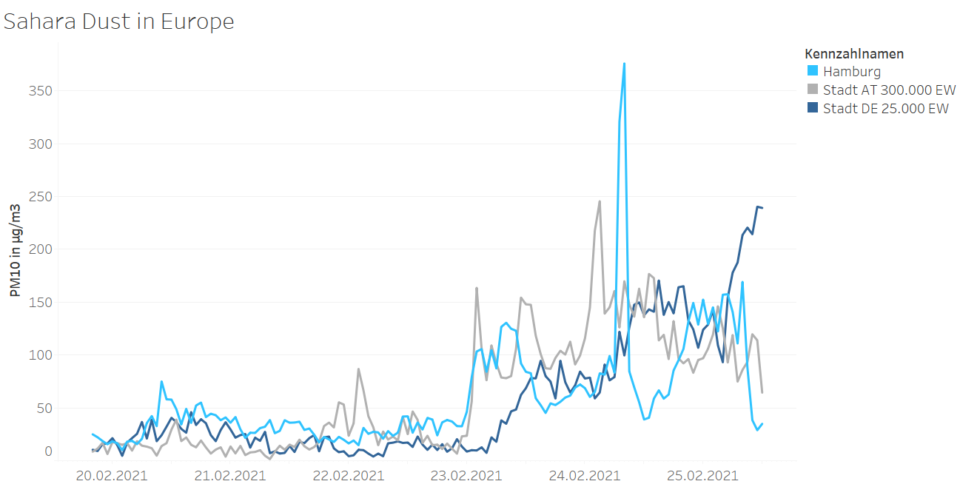 The phenomenon sometimes even turns the sky and proves once again the advantages of inexpensive air quality sensors such as those from Breeze Technologies: With dense sensor networks, the fine dust clouds can be tracked much more precisely in order to quickly issue warnings for particularly endangered population groups. This works not only with the less common fine dust clouds from the Sahara, but also with fires, inversion weather conditions and other phenomena.

What is particulate matter composed of?
Scroll to top
Loading Comments...